Seeds of growth: Sources of cash for start-ups and SMEs 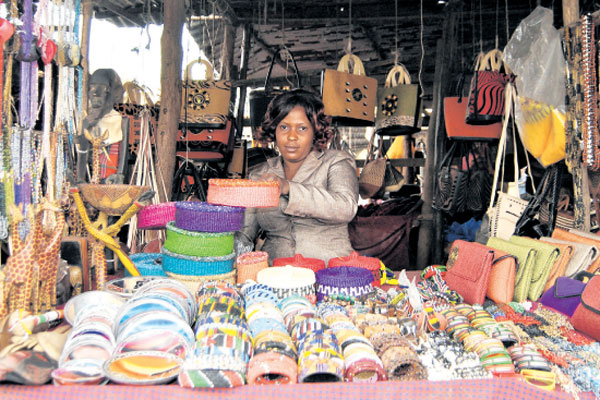 After working for three years as tour guides, Johnstone Nyanchola and Margaret Kimani decided to start their own business.

They pooled their resources, raising Sh150,000, and rented an office in Nairobi.

“The market was unexploited and we knew there was a space for us,” says Mr Nyanchola. However, he adds, “we soon realised the money was not enough to run the company. We needed good vehicles and hiring them was neither reliable nor profitable.”

The pair turned to their bank for help. “We presented a business proposal but the bank refused to give us a loan, saying we needed to be in operation for at least six months before we could apply for a loan.”

Further, adds Ms Kimani, they lacked collateral to take the loan as individuals. “It was difficult to get things running… we nearly gave up.”

Most local small and medium enterprises (SMEs) are facing the same challenges. Banks and financial institutions are the post that many SMEs lean on for their survival.

According to a survey conducted on SMEs that enrolled for the 2013 top-100 medium enterprises competition, the number of small ventures relying on financial institutions for credit rose by 10 per cent to 67 per cent this year compared to 2012.

According to the head of transactions and restructuring at KPMG, Mr Sheel Gill, more than half of SMEs grapple with funding challenges.

“Many entrepreneurs tend to rely on loans as their primary source of capital for business expansion and operations. Others rely on borrowings from family and friends,” said Mr Gill.

“This leaves the growth, development, and profitability of our businesses at the mercy of banks,” notes Abigael Mung’asia, who runs a digital filing and accounting firm in Nairobi.

While the SME sector is faced with financial challenges, she adds, the industry helps the banks, lenders, and financiers to flourish.

Her sentiments are echoed by the top-100 survey. “The financial challenges facing the SME sector provides an opportunity for banks and private equity lenders to continue extending their financing to the industry,” the report says.

This is also collaborated by a report from the World Bank which says that although the Kenyan SME segment has been expanding, it faces financing difficulties.

“This is perhaps due to the inability of the SMEs to offer sufficient loan collateral or to operational issues within the SME requiring more hands-on assistance than commercial banks and leasing companies are able to provide,” it says.

In an attempt to whet the appetite for funding, lenders and private equity firms have designed packages specifically for SMEs.

Prominent among them has been GroFin, a private equity firm. The company plans to invest in close to 100 enterprises across 10 African countries every year, with a maximum investment of $1.5 million (about Sh130 million) per deal.

According to GroFin general manager Rishi Khubchandani, the financier has been investing in one or two SMEs every month in Kenya.

In August last year, GroFin launched a Sh3 billion fund for onward lending to local SMEs that show potential to expand and become profitable but lack the collateral needed by commercial banks to access loans.

Bestell Computers, a local technology firm, has been a major beneficiary of GroFin cash.

By December last year, GroFin had invested both debt and equity in the computer dealer as part of a Sh200 million investment fund for four local SMEs.

The returns have been evident, with Bestell opening six branches locally and now eyeing the East African market. In August 2012, a Spur outlet in Eka Hotel got about Sh45 million.

GroFin plans to invest in 18 to 22 SMEs before the end of this year. It injects between Sh4.4 million and Sh131.4 million in debt or quasi-equity for investment periods ranging between four and seven years.

The African Development Bank, the European Investment Bank, the Bank of Africa, and the International Finance Corporation are some of the key investors in GroFin.

According to a joint survey by Deloitte and Touche and Africa Assets, private equities were found to prefer local SMEs.

The research established that 74 per cent of the 39 private equity funds under study preferred Kenya to other sub-Saharan countries.

“These investments have been increasing in line with the economic growth that is largely driven by the small and medium enterprises,” said James Njenga, a financial consultant.

A new government policy that guarantees private equity and venture capital funds 25 per cent of state contracts is being seen as a major attraction to the investors.

There are currently about 7.5 million small and medium enterprises in Kenya whose contribution to the gross domestic product (GDP) had increased to about 40 per cent by 2008.

The Kenya National Bureau of Statistics estimates that the segment provides 80 per cent of employment and opens over 92 per cent of job opportunities annually.

Pearl Capital Partners (PCP), which focuses on agri-business, has been another financier.

“We remain committed to providing risk capital that should improve the opportunity for market access to small-scale farmers,” said Mr Wanjohi Ndagu, a manager at PCP.

The fund has invested between Sh22 million and Sh215 million in small and medium enterprises in the form of loans, equity, or both.

At Chase Bank, SMEs have been accessing loans at a 7.7 per cent interest rate.

The money has been part of Sh729.8 million offered by the European Investment Bank.

“This will enable us to give long-term lending facilities such as asset finance, working capital, and overdraft to eligible SMEs,” said Mr Paul Njaga, the bank’s chief finance and strategy officer.

Interestingly, the growth of the SMEs has registered an upswing in the operations of local micro-lenders.

“The growth inter-link between SMEs and micro-financiers has been overwhelmingly evident in the expansion of micro institutions such as K-Rep, Faulu Kenya, Kenya Women Finance Trust, Small and Micro-Enterprise Programme (SMEP), and Jitegemee Trust,” says Mr Njenga.

The micro-financiers, he says, are reaping the fruits of their alignment with the kadogo biashara as opposed to commercial banks that carry the tag of being a darling of big enterprises and corporates.

It is these micro-financiers that Mr Nyanchola and Ms Kimani got assistance from.

“We got a Sh2.5 million loan which we used to buy two second-hand vehicles and spared some cash for operating capital.” Two years down the line, their business is booming.

“We’ve been able to strike deals for stand-by travel vehicles, increased staff, and also ventured into air ticketing. Our financial records are not in the red anymore,” says Mr Nyanchola.